Degerö Stormyr (64°11′N, 19°33′E, 270 m asl) is located in the Kulbäcksliden Experimental Forest near Vindeln in the county of Västerbotten, Sweden.

The mire covers an area of 6.5 km2 and is situated on a highland between two major rivers, Umeälven and Vindelälven, ca 70 km from the Gulf of Bothnia.

The Degerö ICOS station is located in the Svartberget Experimental Forests.

The Degerö mire has a long history of scientific research. Scientific investigations started in 1909, and the first PhD thesis "A study of botanical, hydrological and mire development at a mire complex in Northern Sweden" was published by Carl Malmströ in 1923.

More recent research on mire biogeochemistry and biosphere-atmosphere exchange processes started 1995. It is a nutrient poor minerogenic mire, i.e. a fen, representing much of the mire areas in the boreal region.

Degerö is the location of an ICOS Ecosystem station which has been in operation since 2013.

Data from Degerö can be downloaded from the ICOS Carbon Portal. The first ICOS Level2 data release is expected soon.
Pre-ICOS data (2001-2018) can be accessed at the Carbon Portal as Drought 2018 Product.

The mire is situated above the highest coastline and thus the area has never been exposed to the sea.

The bedrock constitutes of gneiss, covered with moraines. The Degerö mire consists of a rather complex system of connected smaller mires, divided by islets and ridges of glacial till.

The depth of the peat is generally between 3-4 m, with depths up to 8 m. Organic rich lake sediment started to accumulate about 8000 years ago. Today the deepest peat layers correspond to an age of ~5800 years.

The Degerö Stormyr catchment is covered by 69% by mire and 31% by forest: mainly Scots pine (Pinus sylvestris) with some Norway spruce (Picea abies).  The nutrient poor mineral soils and bedrocks in the region result in nutrient poor conditions which are also clearly reflected by the plant species composition of the mire plant communities.

Average water table depth during the growing season is 10 - 25 cm below the mire surface.

The climate of the site is defined as cold temperate humid (Dfc climate after Köppen) with mean annual precipitation and temperature of 523 mm and +1.2°C respectively, with the mean temperatures in July and January being +14.7°C and -12.4°C, respectively (1961-1990). 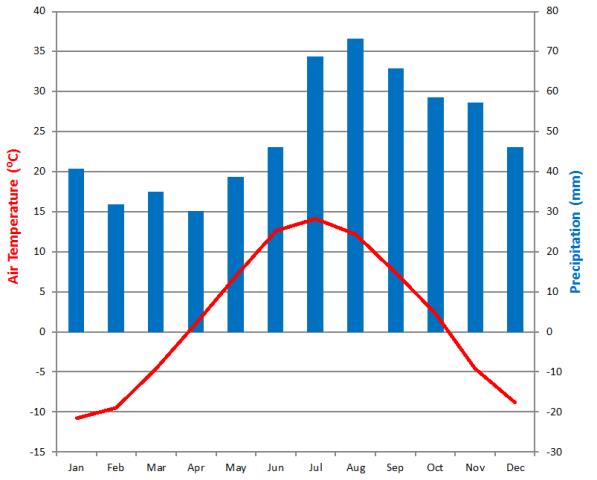 Several long-term, still ongoing, field manipulation experiments as well as shorter research projects are carried out within the mire catchment. The research at the site covers a large variety of general ecological and biogeochemical research questions with some focus on carbon biogeochemistry of methane production, oxidation, and emission.

Continuous measurements of the biosphere-atmosphere exchange of CO2 by eddy covariance started 2001. Since more than ten years all significant carbon fluxes (biosphere-atmosphere flux of carbon dioxide CO2 and methane CH4 as well as the discharge export of both organic and inorganic carbon) are covered. 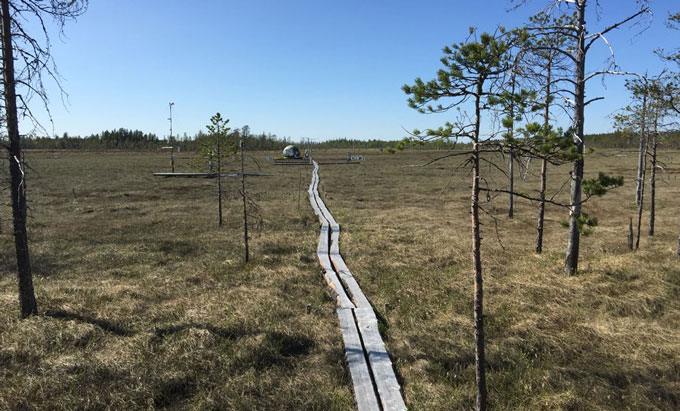 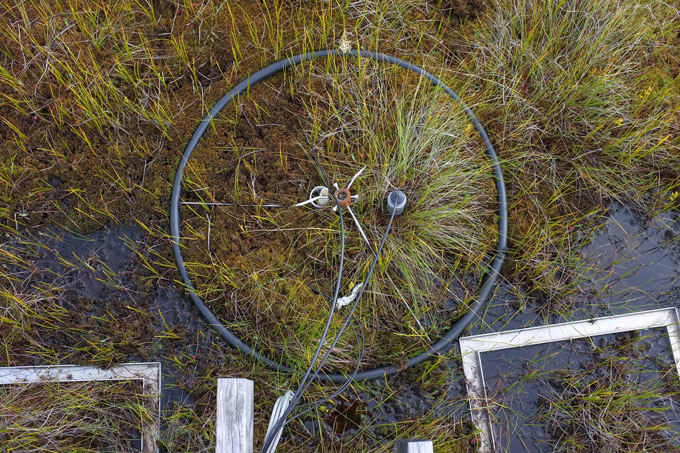 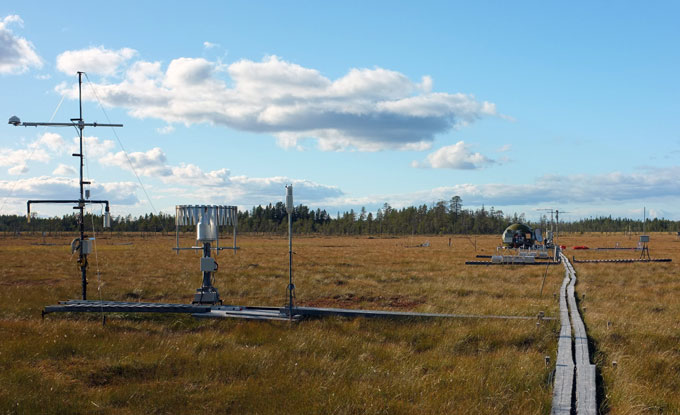 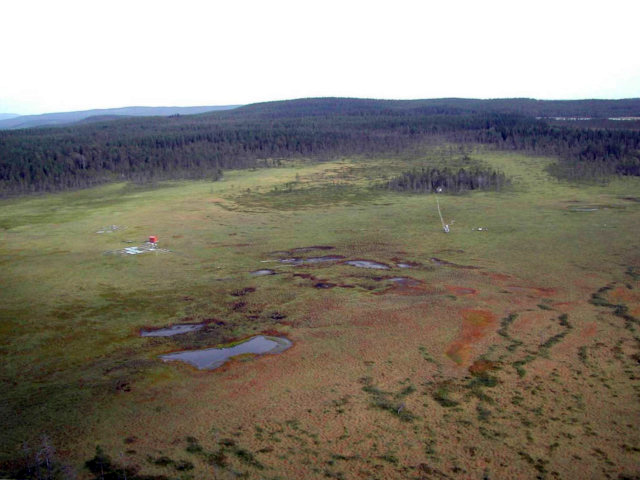 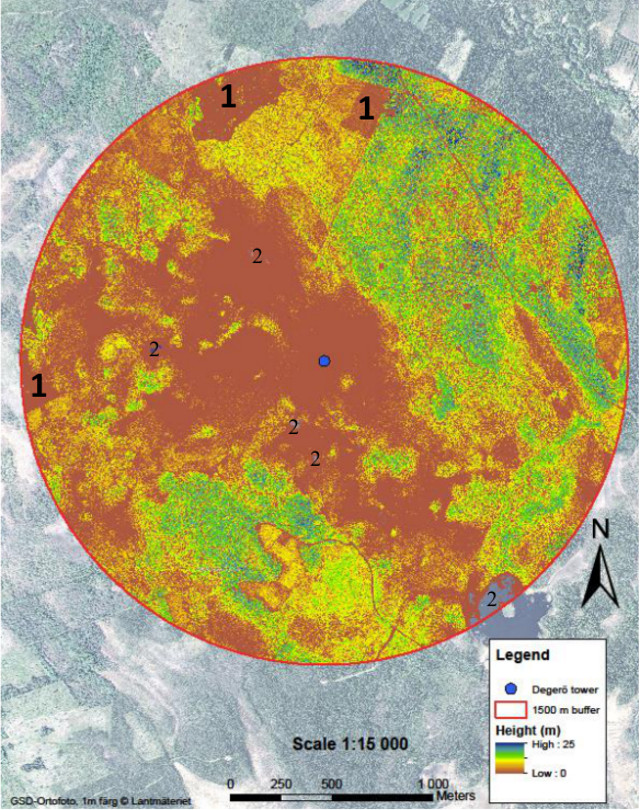